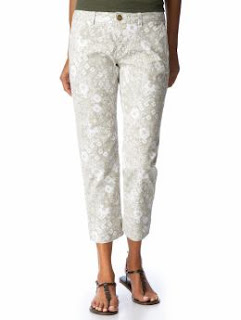 Well, on the weight loss front, things aren't going so great. I gained last week, and this week's loss wasn't quite enough to even level the week's out, so I'm still at a .2 gain for the last two weeks.

Which, one would think, wouldn't be enough to piss me off. Except that if you've been reading here for any length of time, you know that it is.

I'm averaging a weight loss of about two and a half to three pounds a month. I mean, I know... I'm supposed to be happy because things are trending downward, and blah blah blah.

I keep waiting for the moment.

Fortunately, my continued efforts have nothing to do with that moment.

Because I haven't had it yet.

My getting up in the morning routine still includes a quick check in the mirror that says "Yep, still fat."

I guess I was thinking I might look pretty. At some point.

I mean, sometimes I have a moment, but it's not even a full moment. More like a micro-second in which I think Maybe I don't look entirely bad.

This, despite the fact that I just ordered new clothes. Again.

I don't have many clothes that fit. I have three pairs of shorts (two Smalls and a 5/6) and maybe a dozen t-shirts or tank tops that look good. I currently have no bras that actually fit (yes, I know, you can tell. I've been told. The next person who tells me I need a new bra better cough up $40 so I can buy a few, or shut up. Ok? Ok.) and only three pairs of undies that aren't waaaaay too big. I've undergrown my shoes again, so all my nice high heels that I bought (after going from a 9 to a 7.5, I really would have thought my damn feet were done shrinking!) have a half inch gap between my heel and the back of the shoe. Which is apparently very noticable in the various pictures I've taken recently, since everyone's pointed out how much I look like a little kid in Mommy's Dress Up Clothes.

I went into the Target and Old Navy the other day to try clothes on; see I have a $25 gift card for Old Navy, but it's only usable online. And I needed to know what my size was, since I don't want to order a 6 and need an 8.

Except, the shorts that fit? Are 4s.

Will someone please tell me; what the heck is wrong with my brain that I cannot be happy with size fours?
Posted by Lynn at 10:31 AM

hummm at the beginning of your post I thought you were a size 20+...really in need of losing a TON of weight. Seriously you are a size 4? I know for a fact that I will never be a size 4! lol Ive never seen you so I dont know your body style- but a size 4 sounds like a small person. I know sometimes people have a hard time seeing a smaller person when they were obese- I hope you can realize that you are small. :)

wow size 4? that is like the size of my calf! seriously wow i read that too thinking you must be like a 18/20 and having lost some but still unhappy. you need to retrain your brain dont you xx

Size four is also way outside my realm of possibility!

But I really am intrigued by the notion that my feet might shrink... 95% of shoe stores don't carry my size, but even one size smaller would make my quest for shoes so much easier!

Hey, I do the mirror "yep, still fat" mirror check too! I have not undergrown many of my clothes yet and I can't imagine ever undergrowing my shoes. I find it hard to believe that I will someday wear a smaller shoe size, but it would be nice. Size 4? Probably not going to happen for me but I'd like to eventually be an 8. Hang in there...you'll get there. You didn't come this far to give up now.

Am strongly tempted to remove all reflective surfaces and photography from your person for the space of a YEAR so you can stop being so bloody self-judgmental on a daily basis (or perhaps that's just "mental") and see yourself with a bit of the space and distance the REST of us see you with.

I've seen your pics... you aresmall

But, even though I haven't lost nearly as much as you, I still see the same girl in the mirror... at the best I see someone who is only slightly better and I zoom in on the flaws...

Exercise will help, talking about it will help and one day maybe you'll look in the mirror and see what we all see... a fab looking lady in teeny shorts with her hot little feet and think what we think- dang how'd she ever have a kid let alone been overweight

I wish I had some magic answer for you, but this is something I'm still working on myself. I *know* I look better, and Lord knows I feel better, but I don't think I will ever feel "small". But then I have to remind myself that wasn't the goal. It's all mixed up, isn't it?

Hang in there and maybe it will straighten itself out someday. Meanwhile, know that at least one other person understands what you're going through.

If you are a size 4 at Old Navy, you are truly a size 4. They don't vanity size at Old Navy, nor do they cut generously. So you are an honest-to-God size 4. Which is small. Look it up on a size chart -- size 4 is small.

I wish I'd gotten to do that shopping trip with you.

I think it takes a LONG TIME for your brain to catch up to your weight loss. You'll get there eventually.

When I first started loosing weight, I did myvirtualmodel.com at my current and goal weight. I thought the current one was pretty accurate and the goal one a joke. Three years later I went back. I thought the goal one was spot on and the original weight was abnormally distorted.

It takes a while but your brain does adjust.

You know what's funny? I do the same thing. How is it that we worked so hard to lose weight & get in shape and yet we still feel this way? Oh, I know - it's because maybe we did it for the wrong reason (shakes a finger at myself, naughty naughty). THis isn't about losing pounds on the scale, this should be about being healthy for the rest of our lives. Ugh, easier said then done but for some reason I still wait to get "there" but I wonder sometimes, where is "there"?

I think we all fall into the trap of using certain things in our lives to hold ourselves and our future happiness up against. For many of us it is weight. We say, 'oh, if I become skinny, I will be happy'. Many of us use money, relationships--but the fact is, all of this is external. You have almost reached a goal and it sounds like it didn't make you feel happy or beautiful. So the question is, what will? Self love comes before happiness. I am sure you look absolutely beautiful. Why can't YOU see it? What do you need to do to nurture yourself, to believe in your own external and internal beauty? If you can play around with that more, I bet you will start finding some answers. Good luck, and know you aren't alone and that you are truly unique and beautiful as we all are.