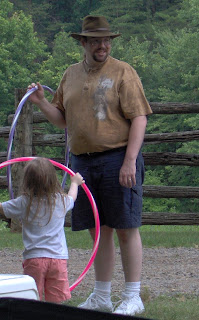 I never really thought we'd stick with this weight loss program. I tried not to talk about it too much because I didn't want to be discouraging, nor did I want to talk my way into quitting becoming reality.

I have often taken my husband's sloth-like tendencies for granted. He's not a really changeable sort of guy. Once he settles into his routine, it takes an act of god to get him moving again.

I would say he's decidedly shown me that he can be more than I expected.

(And truth be told, a tiny bit jealous, but you know, we're not going there...) 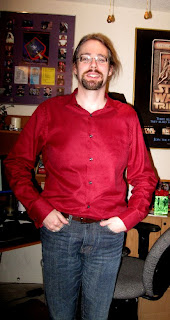 Despite being amazing, I must say I'm a little put out with Weight Watchers... apparently while Thomas now getting meetings for free, the Online eTools (should he chose to continue to use them) will cost him $16 a month. Given that eTools was free with the Monthly pass ($40 a month), is weight watchers really saying that meetings are worth ~$24 a month (or $6 per meeting?)... really, I don't see the servers that eTools being WORTH $16 a month...

Ah well... it's not like Thomas likes tracking anyway... this week upcoming, we're supposed to get the coaching on how to go back to Core (Simply Filling...) and I rather suspect he'll go back to that.

My own weight loss was somewhat less than impressive this week, only down .2 pounds. But you know, that's ok... when I look back through my food journal for the past week, I don't think I was eating enough for the amount of activity I added in. Part of it is the new tracking system. I'd gotten used to the way they did it before, which is to say, APs were used first, and then WPAs...

I had determined, through trial and error, that I needed to eat at least 3/4 of all APs and no FEWER than 12 WPS but no MORE than 25 for the best weight loss.

So, this week's goals are to keep up with the workouts (did one today, 35 minutes on the bike, 5.4 miles and 35 minutes High Intensity Interval Training on the treadmill, varied back and forth between 2.5 mph at 5 incline and 3.5 mph at 2 incline, did 40 crunches, benched 50 pounds for 7 reps, did 20 pound bicep curls and tricep extensions, stretched, and walked back and forth to the gym which is about a quarter of a mile each way...) and to remember to eat enough to keep my body burning fuel efficiently and effectively.
Posted by Lynn at 12:23 PM

Wow, congrats to you and your husband on the lbs you dropped in 2008! Best of luck to you in the Healthy You Challenge! I'll be reading along.

Wow, what a transformation! He looks years younger! You have every right to be proud...

Congrats to Thomas for reaching goal and congrats to you for all the poundage you've lost as well! My dad and stepmom are doing WW together now--I almost wish my husband struggled with his weight (I know--selfish and awful of me) but alas he doesn't. I try to be glad for him.

But I'm not beating myself up, I promise...

Thank you for posting the pictures of Thomas. I love good before and after pics and these are excellent. What a great success story - and inspiration -- you both are!

I am so impressed that you and your husband were able to diet together - that alone is a success...then add both of your huge weight losses and it's just amazing! Congrats!!!

So Lynn, I took your advice. 2009 is going to be a great year. Thanks for the encouragement. The new blog is (as per your suggestiong) www.feelfine09.blogspot.com .

You guys are doing awesome and such an ispiration.

Congrats to your hubby on making lifetime and that's a bummer about etools, I think it should be free!

What an accomplishment! Congrats on a great year and here's to a new year of healthy living!
Path to Health