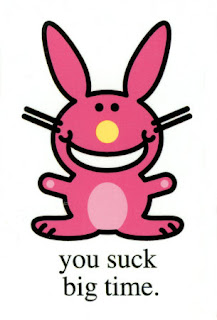 Our apartment complex, after years of being completely lame, and last year the pool didn't even open (much to my disgust, which was seconded only by the guy who had been hired to be the lifeguard. They wouldn't let him out of his contract, so he ended up spending the summer sweeping the sidewalks, and brushing cobwebs off the sides of the buildings...) decided to open a Fitness Center.

This makes me happy, since both (Can't believe I wrote something that grammatical horrendous!) Thomas and I want to further our health and wellness goals to include getting into some other shape besides flabby. Thomas has lost 80 pounds, and while I'm sure we all hate him for that, he's still... well, flabby. But thin! And quite good looking! On the other hand, while today will be his last paid meeting at Weight Watchers (unless, of course, he falls off the wagon!), I still have another 30 pounds to lose before we'll stop paying for that... and gym memberships are Not Cheap.

So, the Fitness Center really could not have come at a better time for our finances. A Gym Membership for family is like $75 a month, and that's just not feasible at this time. I don't care how many salsa classes they offer.

My Fitness Center key is attached to my Shiny New Australia keychain and has a green star "Bravo!" sticker attached to it. Since getting my key, I've been to the gym three times.

The first time I went, I did 15 minutes on the stationary bike and 15 minutes of walking, as well as some weights and some stretches. Nothing big, I was just familiarizing myself with the equipment and trying out a few things. The bike seems a little odd to me, since the pedals are in a seated, flat leg position, rather than what I think of as being an actual biking-position, which is to say 'standing, with an uncomfortable seat under your butt." That was Tuesday, last week.

Then I went again on Friday because it was cold and rainy and I didn't want to drag Darcy on the long walk... not to mention not really wanting to be outside in the cold and wet myself. That time, I did an hour on the treadmill and some crunches and weights. I really like the treadmill... I slowly increased the speed and incline of the machine and worked my way up to a really good sweat.

I'm not sure if he was afraid of me watching him try to figure out what he was doing with the weights, or if he didn't want to groan and strain in front of me, or what. It was certainly odd. I never thought I'd be the sort of person to intimidate someone else with my fitness prowess.

A few hours later, Thomas and I did our short family walk (the 2.2 mile walk, as opposed to the 3.5 mile walk).

"I wonder how long I'll keep being enthusiastic about the gym," I chirped. I was in a fairly good mood, felt productive and if not exactly in the peak of fitness, certainly fitter than I have been in the past.

"Oh, probably until your next weigh-in," Thomas said.

"Eh?" That certainly wasn't what I expected.

"You've kicked your workups up at least 100% over what you normally do," he said. "I doubt that's going to have a good effect on tomorrow's weigh-in. At which point you'll get discouraged..."

That is great that your apartment complex has a gym. Take full advantage of that. It seems you are. Woohoo! I love my treadmill too. I shall mourn the day it croaks.

Ah, but we don't exercise for our weight, we exercise for our health!
It really is fabulous that you have the facilities right there... I hate "going" to gym much more than actually "being" at the gym!

Hmm, well I think that you're doing great! Like Hanlie, exercise is about your health! ")

How great that your place has a gym! I wish ours did!

As for weigh-in...I have to agree with your hubs. You'll probably retain a little more water weight, but give it ONE MORE WEEK if it does go up because I guarantee you it will go down so long as you continue to eat right and work out. :o)

That's great your complex opened a fitness center -- and good job on using it. (I thought for years paying $$$ every month for my gym membership would ensure some sort of weight loss. Unfortunately, it seems you actually have to use it.)

Just wanted to say congrats on trying new things and going to your gym! Good for you!!!

Thump Thomas on the head for me (sending it long distance like my momma used to do from 2 pews behind in church when I was "whispering"--those church women are mean!)--I'm betting he's wrong. And if he's right, thump him anyway and tell him you feel great! Keep chirping!!

please keep up the momentum, even if your number goes up a little bit at first!

Muscle weighs more than fat, but it takes up less space and it burns more calories overall.

Keep on moving and tell Thomas to hit the gym with you! :)

LOL!!! Despite Thomas' obvious enthusiam for your newfound gym attendance, you are doing GREAT!

Kudos for you for going to the gym! It feels great to workout! Even if you gain a little at first, it is simply because you are building muscle and muscle weighs more than fat. The more muscle you have, the more calories you burn! Yay! Keep it up! I'm heading out to the gym if I can find my ipod! Kids!