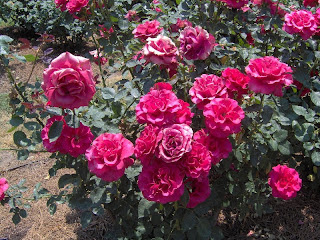 This week is National Self-Indulgence week.... so says my Meeting Leader.

As Americans, do we really need any such thing?

We talked about being self-indulgent and what it meant to us.

Part of the problem is that Darcy gets plenty of sleep. She goes to bed around 8:30, and she gets up around 8. (I know, I know. Some people would consider getting up at 8 to be a luxury, and I'm very sorry for them, but hey, this isn't about you, is it. This is about me!) Most of the time, she has no desire to sleep in. There's too much to do, too much to see, too much fun to be had.

Part of the problem is Thomas. He is a very heavy sleeper. He needs 45 minutes of slapping his snooze button to get up and functional in the morning. So, every morning that he goes to work, I spent at least 45 minutes between 6:45 when his alarm starts going off until 7:30 (ish... this can go on until almost 8, when I'll kick him out of bed) waking up and drifting back to sleep in that sort of hallucinatory semi-dream-state that doesn't really qualify as anything remotely resembling rest. Every morning that he doesn't go to work, I roll out of bed whenever Darcy cracks the door of her bedroom, so that I can make sure she doesn't color all over the walls, or whatever weird and destructive thing she's planned for that day. (As well as getting her breakfast and juice and whatnot.) 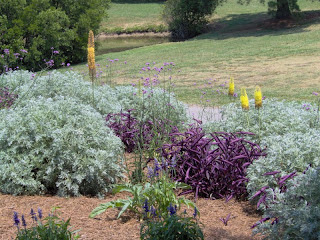 The third part of the problem is me. I sleep very lightly. I wake up if a car outside honks its horn. I wake up if one of the neighbors slams his door. I wake up if the cat uses the litter box. I wake up if I forgot to turn my email program off and I get an email. Sometimes I even wake up for no reason whatsoever.

I would love. to. sleep. late.

Even until 10am would just be wonderful.

I think Thomas would have rather I not shared all that at the meeting last night. The other ladies in the group snickered at him. When Beth asked "So what's a self-indulgence thing for a man?" one of the guys in our group said "Not having to answer questions!" All the guys laughed. "From your wife, or from me?" All the guys chorused together, "Yes!"

(As a note, the flower pictures have nothing to do with anything, except Manuela mentioned that I should have taken more pictures of my trip. I did take them, I just didn't think anyone wanted to be flooded with my pictures. So I'll post a few of them per day for a while...)

Many suggestions were made for my benefit on how to sleep late. (Making Thomas sleep on the sofa came up, which wouldn't work because I don't sleep well at all if he's not in bed with me...) The most likely one to actually happen is shipping Darcy off to my dad's for a week... when she's not here, I can sleep late.

Maybe. If a cricket doesn't roll over in the next yard over.

PS - there's not much time left in my little contest... Please post a short comment or link to your blog entry on what you like about yourself! I'll be drawing prizes tomorrow!
Posted by Lynn at 9:00 AM

Email ThisBlogThis!Share to TwitterShare to FacebookShare to Pinterest
Labels: Contest, family, focus on self, Healthy You, losses, pictures

I am a light sleeper too, I love that my kids can sleep til 9am, but sometimes I am up at 7!! and the kids are still sleeping!! My hubby does let me sleep in on Sundays, but he will go back to bed when I wake up.

Congrats on the 2.p pounds!!

Way to go on your loss!

I have mom's ear sleeping syndrome too. Someone recommended ear plugs and I've been using the sillocone (sp?) kind and it is AMAZING how much better I sleep. It actually makes my breath the white noise. Even blocks our dh's snoring. And I will be awakened when necessary, more like the heavy sleepers we know work! You might like to try it! They are at any drugstore in the section by eye stuff.

I can't help it, I'm a sucker for gardens! Inundate me with your pics as much as you like.

Congrats on another great loss and on the 35 coming your way :)

Are naps an option for you? I'm an early bird, can't stand to miss a sunrise kind of person, but I start fading midday. A nap is my version of self-indulgence.

I wonder if being a light sleeper is a mommy thing. My hubby can sleep through anything, not me. Any little noise, I'm checking on the kids.

Kudos on the weight loss! Hope the extra sleep comes thru, someday!

I amn newer at blogging & doing the Healthy Challenge too. Bye

Congrats on the loss! I have night owl teenagers, so I get to sleep late all the time now. ;-)
Path to Health