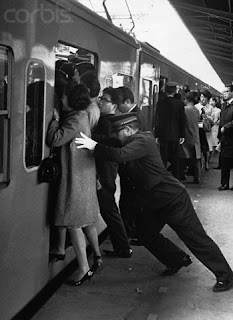 Hey y'all, just a note from your full-time, snarky blog writer here. I'd like you to give a big hello to my best friend. We've known each other for... oh, about 18 years now... pretty scary sometimes. Some friendships are fleeting, some endure. Ours has been through fire and back; tempered over the years and the mileage. I don't even think I could begin to explain how much this one particular friendship means to me... aside from my husband (and honestly, she's got seniority on him!) this is the most important person in my life. So please, give her your undivided attention (as you'll see, enough in her life is already divided!)

Lynn says this to me, from time to time, and when she does, I always feel the same way about it: Half of me is flattered -- pleased that someone I love and admire so much has noticed the incredible juggling act that is my life (work and a child with diabetes and another child in that constant-supervision-required stage of toddlerhood and dieting and exercising regularly and maintaining a semblance of a social life and multiple hobbies and...) and is impressed enough to comment on it. The other half of me is comprised of an exhaustion-fogged panic that she might ask how I do it, when I myself sometimes have not the foggiest notion.

Some days -- by which I mean most days -- I feel like a Japanese subway attendant, pulling on my neat white gloves and pushing as hard as I can to cram just one more thing into the day before it disappears down the tubes. But not doing it is not an option. As Lynn put it, I just put on my big girl panties and get on with it.

From time to time, I've heard this from people at work. None of them ask me how I do it, though, or I might tell them: I sacrifice.

I've sacrificed a lot of my precious "me" time, and some of my husband's time, as well. I get home from work an hour and a half later than I used to, so I have no more than five minutes to relax and make the transition from "working" to "housework" because there's only half an hour between when I get home and when dinner needs to be on the table if the kids are going to get to bed on time. I sacrificed playing World of Warcraft entirely when I realized that having to choose once a week (on average) between the game and the gym was making me resent the gym, and I'd rather not play the game at all than risk it interfering with the best thing I've done for my health in the past twenty years.

(I may also have sacrificed bits of my sanity. I cried myself to sleep, the night I cancelled my WoW subscription. And I actually wound up in therapy when I realized that my determination to find a schedule that included everything I wanted had gone terrifyingly far down the path to true obsessive-compulsive behavior.)

My husband doesn't say this to me, because he already knows how I do it. He's watching me do it, and picking up the slack whenever I need him to. He's taking care of the kids when I need to go to the gym in the evening. He's not keeping junk food in the house. He's not complaining when I've had a bigger-than-planned lunch and halve our dinner portions without warning. He's taking on more than his fair share of keeping the kids on their schedules so I can keep all these commitments to mine. He knows, because while I'm putting on my big girl panties, he's manning up to do whatever it takes to help me.

However it is that I do it... I couldn't do it without him.

It's a common question, in dieting/exercise circles. How do you do it? Everyone wants to believe that they'll eventually find the answer that lets them flip the switch in their own brain that makes eating right and exercising easy. But it doesn't work like that. I don't do it because I acquired some Zen wisdom that makes me want to go to the gym, or because I uncovered a secret Tibetian technique for making undressed salad taste like chocolate brownies. I do it because at some point, I re-evaluated the priorities in my life, and entirely to my own surprise, correcting my health had filtered up toward the top of the list. I simply reached a point in my life where this was what I had to do.

Will it last? I don't know.

I do know that I'm more than 75 pounds lighter than I was last year at this time. I do know that I'm thinner now than I've been at any point in my life since before I started dating my husband. I do know that I can do things I haven't been able to do in years, and that I'm beginning to find ways to get a little of that sacrificed "me time" back.

I do know that I can do this, now.

Wow! I really do admire you! Well done for making your health a priority.

Diane, Fit to the Finish said...

I admire you as well. Wonderful example for all of us on what healthy living looks like.

I completely agree with your take on "how you do it": I think in order to be successful in your fitness/weight loss quest, there needs to be this light switch flipped inside of you. It happens to different people at different times, but when it happens... it happens. Congrats on the weight loss!

This is such an inspiring post. Thank you for sharing. And if you ever do uncover a secret Tibetian technique that makes salad taste like brownies, please do share!