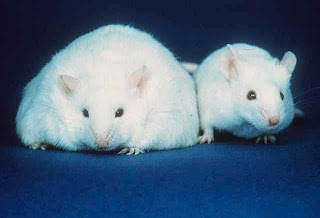 I had a slight hard time last night, not slapping one of the ladies in my weight watcher's group silly.

She made her goal weight last night, and I'm thrilled for her. Seriously. It's a hell of an accomplishment, whether you need to lose 90 pounds or you need to lose 25. Beth, our leader, who has one of the most destructive relationships with food I've ever seen (the woman sprays Windex on leftover cake because she cannot be trusted with leftovers! And SHE KNOWS that Windex tastes nasty. Which means at least once, she must have tried to eat something, even after treating it with window cleaner!) lost 35 pounds to get to goal weight.

So, you don't necessarily have to have "been there" (there being the vast realm of obesity) to be helped by Weight Watchers. I know my friend Leigh - who in my opinion is sort of a skinny minnie, and I'm never really sure where she plans to lose weight from - has often felt sort of awkward and unwelcome at Weight Watchers where she "only" has to lose seventeen pounds. I try really hard not to be judgmental about people.

I confess, there are some things I don't understand about other people. I have not yet had a binge-eating, falling-off-the-wagon craptastic "I don't give a damn" week. Or even a meal. I don't always understand people who say "I just couldn't help myself."

I get this mental image of some homicidal cupcake brigade marching across the counter and forcing itself down someone's throat, ala Young Sherlock Holmes. The practical part of me says, "Who, exactly, forced you to eat three slices of pizza? YOU did. You made the choice. Now, maybe it was a bad choice, and you wish you hadn't done it, but you did." Not that I haven't said this sort of thing before. I'm just as eager as the next person to pass off blame to someone else. But maybe that's exactly what we need to learn not to do. Take responsibility for the consequences of our own actions. "I got fat because I was on steroids for such a long time." That may well be true, but after I was off the steroids, the only person keeping me fat was me.

The only person who can lose this weight is me.

It's all on me; I cannot afford to binge out. So, I don't. Mentally, I recognize that this isn't as easy for some people. But I don't understand it.

All of this has nothing to do with Monica. But you know how I get off topic. Anyway. Monica. Who made her goal weight last night after losing twenty-five pounds. In tiny little .2 pound increments. (I have sympathy for that, really, I do... I lost .2 yesterday. My fifty-five pound lost bling looks a month away at this moment...)

Beth says to her, "So, what made you walk in the door?"

Monica, "I just didn't feel good about myself." She crosses her arms in front of her chest defensively. I doubt if she feels good about herself, even now. "I mean, I wasn't grossly obese or anything..." She says the word like it's a vile, filthy epithet.

There are quite a number of people in our group who are - or who have been - obese. I don't think any one of us was particularly thrilled to be discussed in the same tone of voice that someone might indicate vomit on an Oriental carpet.

You know, it's a real bitch that so many of us feel the need to bolster ourselves at someone else's expense. She felt bad about herself carrying an extra 25 pounds around, so she has to say "at least I wasn't..." I've done it too, although I try very hard not to say things like that out loud. (Anyone who's ever thought being telepathic would be fun and romantic ought to sit down for a good long while, listen to their own hostile, nasty thoughts, and then, take a moment to imagine what it would be like to hear that from everyone, all the time, and reconsider how much fun that would be...) (And, of course, here I am looking down on Monica for being so bitter and nasty, and... man, it's a vicious little circle, isn't it?)

I'd love to be a better person. I really would.

But I don't quite know how.

I guess the best I can hope for is that I recognize it.
Posted by Lynn at 12:36 PM

Email ThisBlogThis!Share to TwitterShare to FacebookShare to Pinterest
Labels: commenting on life, complaining, cynicism, Healthy You

read and reread and REREAD starting at "So what made you walk..."

I dont get it. entirely. I tried to put myself in the place of the Monica and could NOT imagine what on earth would make that come out of her piehole.

and yet I thought the same thing about myself before I reached where YOU said it too:

MIZFIT YOU SO JUDGEMENTAL.

it is a vicious circle.

I don't look down on Monica for being nasty, but I do think she was thoughtless. Who makes that sort of comment in a weight watchers meeting!? Had I been sitting near her, I would have had to make my own comment ("Oh, you mean like me, Monica?"). Yes, I can be a bit of a poo disturber at times, thoughtless in my own way.

Yeah, I try not to be so harsh toward other people as well, but that is definitely one of my biggest failings. I am very judgmental and harsh on certain subjects, and how people treat others is one of my hot-spots. I get very outraged and indignant about stuff like this.

I don't know what it is about the human psyche that makes us feel better about ourselves if we can find someone else to look down upon...it does seem to be somewhat universal and it's really awful. Doing that is one of the things that kept me fat for so long. I mean, I live in West Virginia, one of the fattest states in the nation. There is always someone walking down the street who is bigger than you are, and so you can always say, "Well, at least I don't look that bad." It's just as bad for us as it is unfair and unkind to them.

But all we can do is recognize it and try to be kinder. We don't always have to succeed, because then we'd be perfect and where's the fun in that, right? :-)

That said, I'd have wanted to slap her silly too. In fact, I do want to, a little.